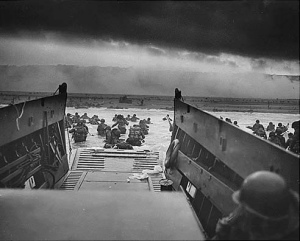 It’s pitch black, 00:16 hours and you’ve just crash-landed near Caen. You’re in hostile territory, lost, and some of your comrades are already dead and wounded. You’re just 20 years old and have never been in combat.

I can’t imagine what it must have been like.

Over 180,000 young men jumped, landed, or waded into Europe to remove the evil and tyranny that gripped much of the continent for so many years.

Those young men didn’t consider themselves heroes. They were there to do a job that needed to be done. They hoped that when the job was done, they would go home to begin their lives.

Some never made it.

We should never forget this day, nor those who did their job. I won’t.

The post above is a slightly edited version of the one I published on D-Day in 2014.

This entry was posted in Leadership and tagged D-Day, Gold, Juno, Omaha, Sword, Utah. Bookmark the permalink.
%d bloggers like this: